We are handling Air and Sea consolidations, sea ships (LCL & FCL). We are dealing with dangerous cargo, as well as with non-dangerous cargo. We are Giving all kind of additional services, abroad as well as in Israel, as custom clearing, inland transportation, insurance, warehousing, packing etc, services that ensure that the ship, taken from the shipper / supplier will arrive to the consignee in good order, and with the suitable docs, so that the releasing of the ship from the custom, after it`s arrival, will not be delayed because of wrong docs or late arrival of docs.

As we are also custom clearing agents, we know which docs are needed for releasing from customs, and being forwarders also, enable us to be able to instruct our agents which docs have to be sent, and make sure they will be correct and arrive in time, so that the releasing from customs will not be delayed, and the cargo will leave the port to the consignee early as possible, which enables the consignee to dispatch the cargo to his customer/s in time and avoid extra charges, as port storage in LCL & FCL ships and demurrage in FCL ships. Such good service can save a lot of money, so one should not consider only the selling rate he obtains; he can get a low quote, but then pay a lot of extra charges, much more than the small amount he saved.

We have many realiable and known agents, spread all over the world, connected by computer in real time, that enables us to give quick follow-up and better service 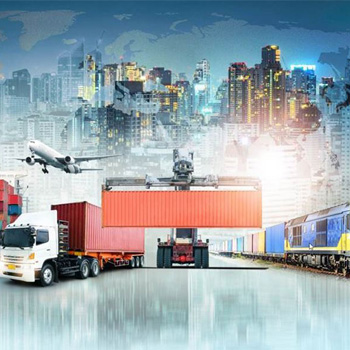